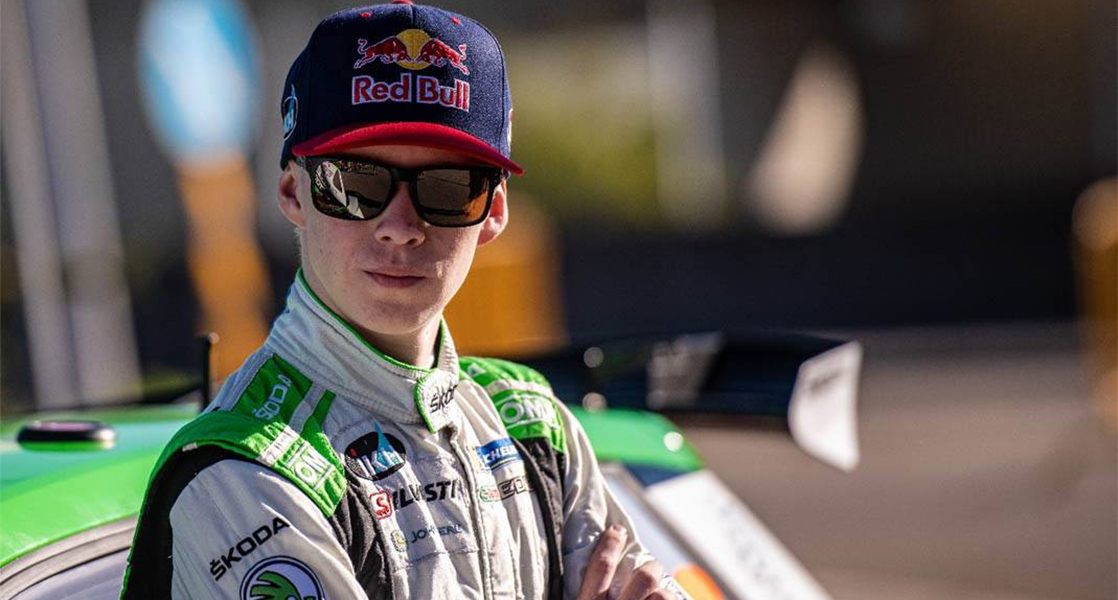 When you are young, you often feel you have all the energy in the world. You don’t see sleep deprivation or long flights disrupting you that much.
However, regular circadian rhythm and adequate recovery are also beneficial for youngsters – especially if you are a young athlete.

“My goal is that Kalle understands the meaning of overall well-being: how everything you do counts and why it’s not clever to play on a computer late at night”, says Taavi Kuupponen, who has coached the young and talented rally driver, Kalle Rovanperä, 18, for one year.

“Kalle is the kind of person who wants to understand why something is done. He doesn’t do things just because somebody tells him to. He does things when he thinks they are important and meaningful for him”, Kuupponen explains.

Sometimes Kalle Rovanperä delays going to bed, since he has so much to do. This impairs the quality of his sleep which in turn has an effect on the following day.

In real terms, Firstbeat Lifestyle Assessment has opened Kalle’s eyes. Although he thinks that he sleeps deeply and doesn’t feel stressed, in reality, his body might not recover.

“I don’t get stressed easily or lose sleep over much. However, the Lifestyle Assessment’s HRV measurement has shown that my body would sometimes need more recovery and relaxation”, the talented driver admits.

Regular Circadian Rhythm Is a Challenge

Regular daily rhythm and adequate recovery are the biggest challenges for Rovanperä. Travelling around the world is an essential part of his job and even at home it’s not that easy to relax.

Like all teenagers, there is lots of going on in Kalle’s life like social media, computer games, friends. Plus, for him, there’s the media and PR responsibilities.

“I spend so little time at home that when I am there, I have lots to do. Lifestyle Assessment has shown that the big picture is okay, but there are still things to improve like introducing more green colour (recovery) into my evenings and nights. It would be good to calm down before going to bed”, Rovanperä says – and his coach agrees.

“It’s really important that Kalle has life outside rally and always after the rally weekend I encourage him to do something totally different. However, it would be good to keep the daily rhythm and remember that it’s not just the time when you go to bed that counts, it’s also the things that you do before that”, Kuupponen says.

Even though young men are typically energetic and vigorous, traveling – and the impact of different time zones – are exhausting for Kalle as well.

“Traveling is one of the most tiring sides of this profession. They aren’t holiday trips although I might go around the world”, Kalle emphasizes.

“Only the Measurement Reveals if Kalle’s Body Is Recovering”

In the rally world, there are several things that you can’t control. That’s why, when you can control something, it is important you do so.

“For example, sleeping time is very limited in many rallies. That’s why it’s worth to pay attention to the quality of sleep and trying to improve it”, Kuupponen explains.

Firstbeat Lifestyle Assessment doesn’t just provide valuable information for the young star himself. It’s invaluable for his coach too.

“With the measurement I can really see how Kalle’s body responds to the training. Without it, I couldn’t know whether Kalle’s body is recovered or not, and there would be a risk of overtraining”, Kuupponen says. 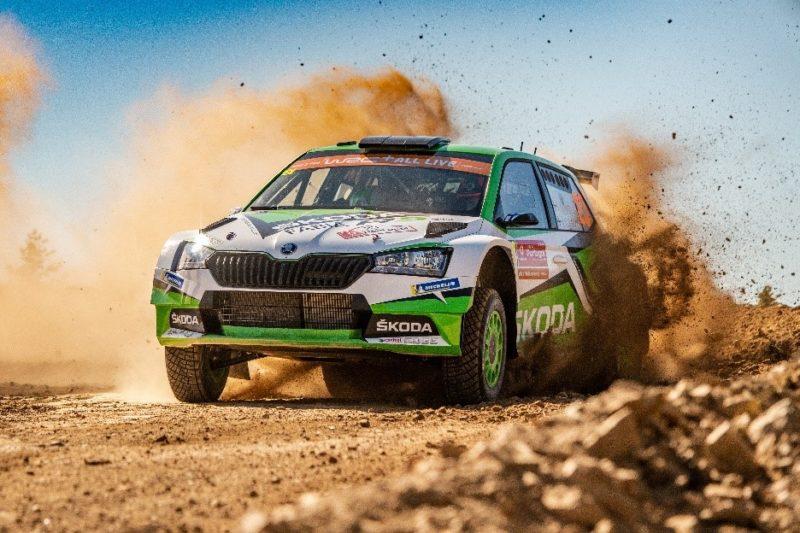 A risk of overtraining is present, since Kalle Rovanperä is highly motivated and ambitious when it comes to rally and his career.

“He doesn’t budge an inch. Winning the WRC world championship one day is his only goal”, Kuupponen says.

And that’s what they are training for already. By now, Rovanperä has displayed his skills in WRC 2 Pro, but WRC waits in the near future.

“It’s good to prepare now for the toughest, so that I am ready when the time comes.  It’s now the time to start thinking, ‘What should we do?’ and ‘How should we train?’”, Kalle agrees.

Mental Stress Is the Most Demanding

How does Rovanperä and Kuupponen train together then?
They workout at the gym, concentrating on strength-endurance and explosive strength. They improve Kalle’s aerobic capacity by jogging and skiing together. Kuupponen also looks after Kalle’s nutrition and massage routine – and does his best to ensure Kalle is in top shape in every way.

As we know, physical and mental performance are inseparable. And rally puts both to their limit. Competition days are long and exhausting: drivers need to spend hours in the hot car (where temperatures might reach over 50 C) and their concentration can’t lapse even for a moment.

“Driving is physically tough, but the mental load is the toughest. After rally weekend I feel totally drained”, Rovanperä says.

And Kalle’s coach knows that great abs or big biceps aren’t enough when car goes over 190 km/h. Luckily, his mental capacity is already one of Rovanperä’s biggest strengths

“Mentally, Kalle is extremely strong. Everybody makes mistakes, but how you react to them counts. This season has once again proven that a few weaker competitions don’t quash Kalle’s confidence”, Kuupponen says. 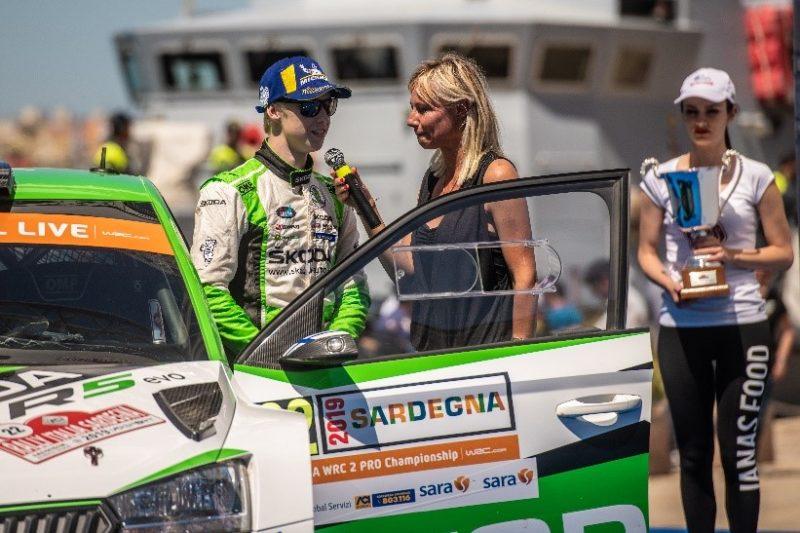 Indeed, the ongoing WRC 2 Pro season has been twofold for Kalle. In the spring there were three difficult races with retirements and mishaps, but then Rovanperä changed the course and won the three next WRC 2 Pro -rallies. The icing of the cake was winning of the Rally Bohemia in Czech.

“His performance is astonishing. Kalle wants so badly to be the best and the fastest, that sometimes he is almost too fast. But he knows that you don’t need to be the fastest in all stages to win races and championships, just the most clever in all stages”, Kuupponen says.

And it won’t be long until we know if Rovanperä’s and Skoda’s winning streak continues in his home town, in Rally Jyväskylä.

After that, the teenage driver’s daily routines will change a bit, since the duty of the Sports School of the Finnish Department Forces wait for Rovanperä.

“It will be interesting to see how the military service goes along with Kalle’s rally career”, Kuupponen wonders.

There’s a way to find out if you have hidden stressors in your daily routine!

Nordenskiöldsloppet 2019 – Taking Physical and Mental Performance to the Extreme 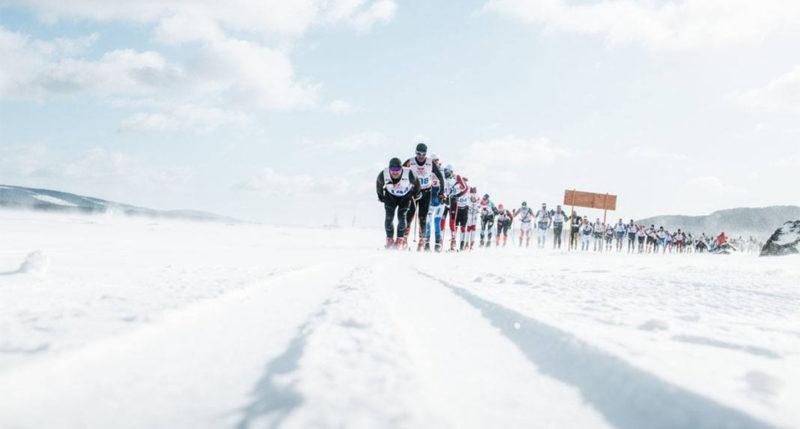 Nordenskiöldsloppet 2019 – Taking Physical and Mental Performance to the Extreme

See how one Firstbeat employee prepared for, and completed, the 200km Nordenskiöldsloppet race

Is Hidden Stress Holding You Down? 5 Reasons You Don’t Always Recognize Stress 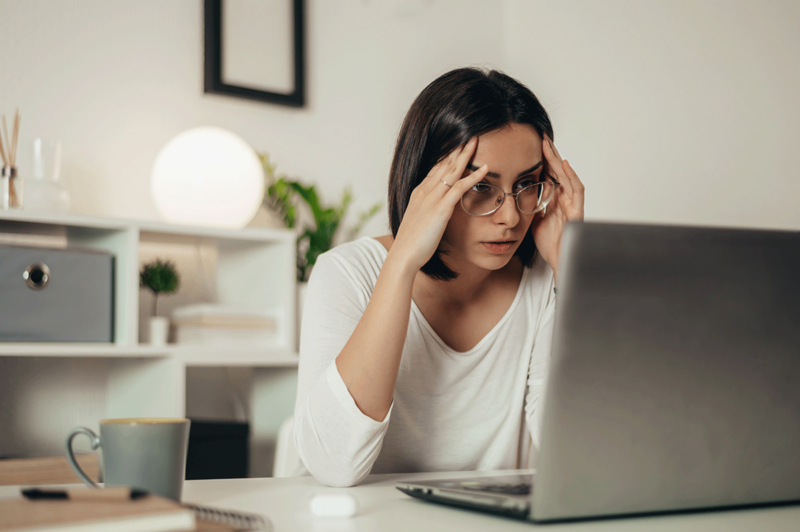 Is Hidden Stress Holding You Down? 5 Reasons You Don’t Always Recognize Stress

It is not always easy to recognize when you are suffering from too much strain or inadequate recovery. Discover the reasons for hidden stress.