The Physical and Mental Stress of Rally – How Does a WRC Driver Cope?

Rally drivers just sit in the car and turn the steering wheel. That’s not too hard, is it?

Finnish rally driver Teemu Suninen knows there are different doubts and prejudices against rally and motorsport. Some think that it is not a sport at all. It is the cars that are racing, not the drivers, right?

“The heartbeat of my co-driver Mikko Markkula is often over 170 during the race. And he just sits and reads – maybe that says something already”, grins Suninen, 24.

The energy expenditure of the driver reveals that rally is a hard job. When Suninen was testing his M Sport Ford for Rally Finland, he burned over 4 600 Cal in a single testing day which included lots of driving but also several breaks. Based on this, it can be estimated that during the three long driving days of Rally Finland, Suninen will burn over 14 000 Cal.

No to mention, Jyväskylä is one of the lightest rallies, at least physically. The faster the roads, the less the driver has to make fast turns and brake hard and the more he can put the pedal to the metal, like in Jyväskylä. The faster the car goes, the less physical stress the driver has to deal with – but the more mental stress he undergoes. Suninen thinks that the relationship between physical and mental stress is approximately 50/50.

“It could be seen at the beginning of my testing day: my heart rate also increased because of the excitement”, says Suninen.

Suninen wore the Garmin Forerunner 645 Music during his test drives at Central Finland. The maximal heart rate (164) appeared during the first half an hour. After that the excitement relieved gradually and his heart rate was below the anaerobic threshold. 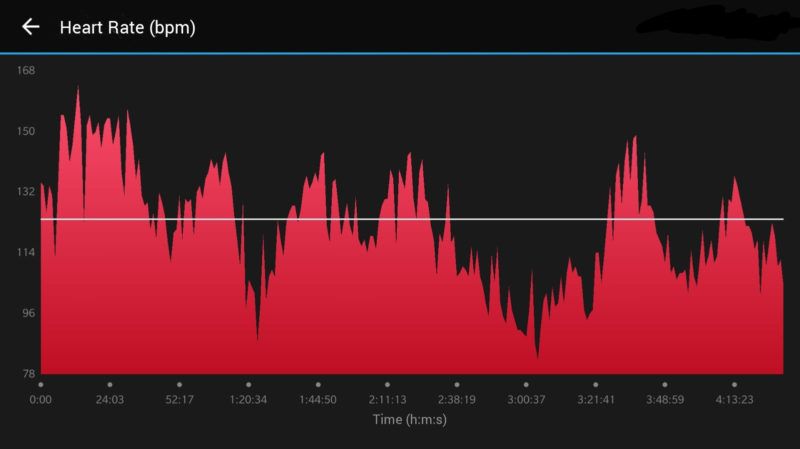 Teemu Suninen prepared himself for Rally Jyväskylä with a long testing day in Central Finland. The day included two, approximately 4.5 hour driving sessions. The heart rate was up at the beginning of the day, because of both mental and physical stress.

Teemu Suninen is aware of the importance of cardiorespiratory fitness for a professional driver. Adequate endurance capacity is essential because of the long race days. Thus, his training plan includes, for example, mountain biking and running. According to Firstbeat VO2max Fitness Level, the cardiorespiratory fitness of Suninen is already good – but not good enough for him.

“It should be close to excellent values in my own age group”, he says ambitiously.

In addition to endurance training, Suninen does coordination, mobility and speed training as well as strength workouts. Back muscles are under close attention at the moment.

“I want to have a long career without health problems. Many drivers and co-drivers have problems with the back and sometimes it breaks just by driving, without any accident or driving off the road.”

The training of Suninen has improved a lot after he started to work with a physical trainer a few years ago. Now he knows when it is time to train hard and when it is good to calm down. There is no sense of pushing hard immediately after a rough race weekend.

“Rally is a bit behind F1, when it comes to physical training and overall wellness. In Formula One every driver has his own personal trainer, who looks after the overall well-being of the athlete”, Suninen says.

Staying Up Late Has Immediate Consequences

Teemu Suninen cares a lot about his overall well-being. Thus, he wanted to know how his body is doing during test and preparation days for Rally Finland. So, he did Firstbeat Lifestyle Assessment from Thursday, a day before the test day, to Sunday morning. Because of the seat belt he couldn’t wear Bodyguard 2 during the test drive, and there was a long break in the measurement. However, Suninen was wearing the heartrate sensor belt and Garmin watch while driving.

Firstbeat Lifestyle Assessment showed that everything is good in the big picture, but small improvements can be made. For example the amount of daytime recovery was minimal – which was a big surprise for the athlete.

“On Saturday I lay on the beach in the morning and watched TV in the evening. I felt relaxed but my body wasn’t recovering”, Suninen wonders.

The reason for this probably lies behind the previous day – and night. On Friday Suninen had a rough testing day, that lasted for over 9 hours, after which he travelled back to Southern Finland. However, this time he didn’t head straight to bed, but went to a class reunion to see his old friends.

“It had been 8 years since we met last time, so I wanted to go and say hi to everybody. But staying up late did backfire”.

Although Suninen didn’t drink alcohol at all, belated bedtime after a hard testing day had a huge effect on his sleep. On Friday night, only 51 percent of the sleep saw recovery take place. Since the amount of sleep was just a bit over 6 hours, in total there was only 3.5 hours of recovering sleep. This probably was the reason why the body wasn’t recovering while lying on the beach or watching TV the following day. 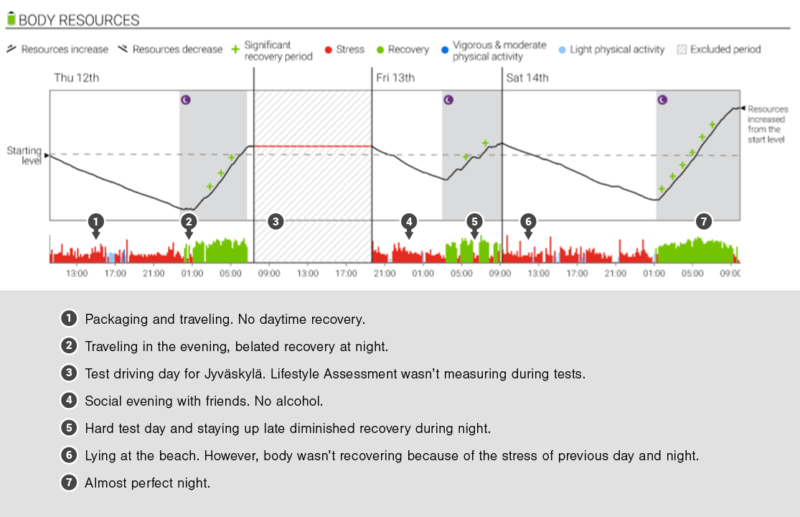 Lifestyle Assessment shows how a rough testing day followed by a social evening with old friends affected recovery during Friday night as well as Saturday daytime.

Teemu Suninen has been aware of the importance of sleep, but the red curves of the Lifestyle Assessment did reinforce his thoughts.

“Sleep affects everything, from training to food choices. If you feel tired, you do several things more carelessly – or not at all.  It will show, if you don’t sleep enough”, says Suninen who knows that an optimal amount of sleep for him is 8.5 hours.

However, for a professional driver who travels around the world, it is not always possible to sleep the optimal amount. About half of the year Suninen is able to live “a normal life”, when he can control his daily schedule, training, diet and sleep. The other half of the year, however, is more or less vague. During WRC rally weeks Suninen can’t control his routine that well.

“Rally weeks are fighting against sleep. After the long driving day I just want to get quickly to the hotel, where I watch videos and prepare myself for the next race day as long as it is wise. After that I fall asleep immediately. However, I usually get only 7 hours of sleep, which is not enough for me. Of course, I don’t feel tired during the race, but after crossing the finish line the tiredness hits me.”

The good news is that Suninen is a super sleeper. He falls asleep easily and the quality of the sleep is good, which helps compensate for the lack of daytime recovery. 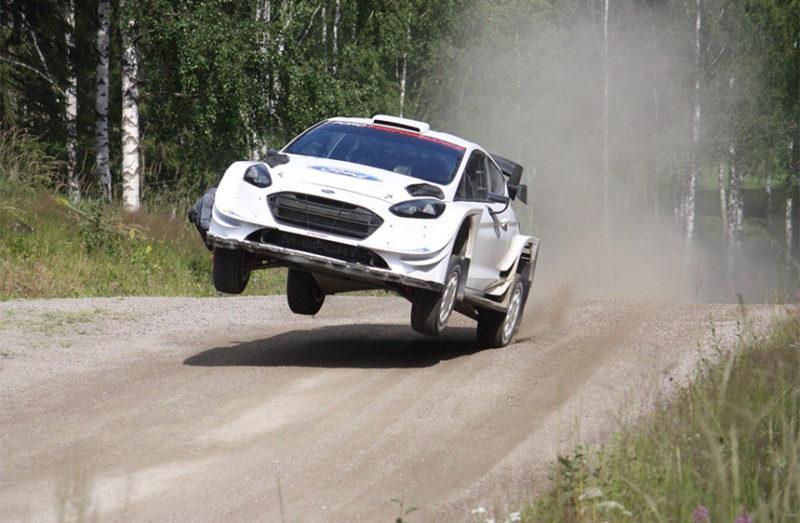 During this Lifestyle Assessment measurement, the other two nights went well. The beginning of recovering sleep was belated on Thursday night because of traveling, but nevertheless there was 73 per cent of recovering sleep in total. Saturday night, meanwhile, was almost perfect: Suninen slept almost 9 hours of which 88 percent was recovering.

Some people are “naturally good sleepers” but also physical fitness has an effect. Thus, cardiorespiratory fitness is important for rally drivers, not just because of the long driving days but also because of the recovery. Thanks to a good cardio fitness Suninen does’t mind too much about traveling.

“It makes a driver’s life much easier when you are able to sleep almost whenever and wherever you want. Time differences are not a problem for me either”, Suninen says and looks back to his time in the Finnish military service.

“We were able to take the Firstbeat Lifestyle Assessment there too, and I was definitely one of the best sleepers. The quality of my sleep was at least in the top 5”, recalls Suninen.

Obviously, Suninen wants to be at the top – be it a rally race or a sleep measurement.

Want to know if you sleep as well as Suninen? 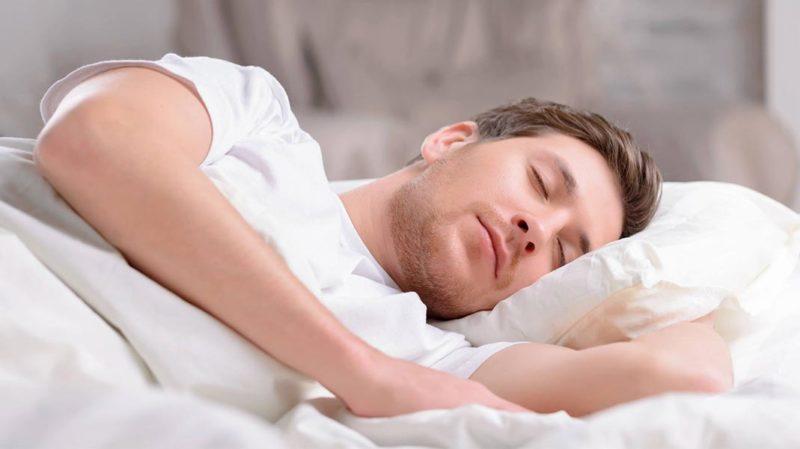 The levels of physical and mental exertion required to maintain performance at the elite level means effective recovery is essential. Good quality sleep is one way of getting exactly that. However, getting enough sleep (and the right kind) can be harder than it sounds.

NCAA Basketball: The Practical Side of Recovery Monitoring 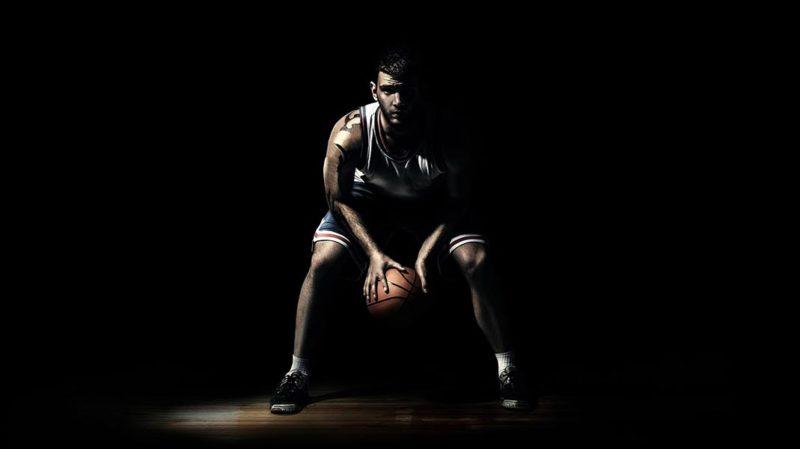 NCAA Basketball: The Practical Side of Recovery Monitoring

As part of the Firstbeat Sports webinar series, Sean Conaty of the University of Eastern Michigan delivered his insights into the practical side of using data to enhance performance for NCAA men’s basketball players. 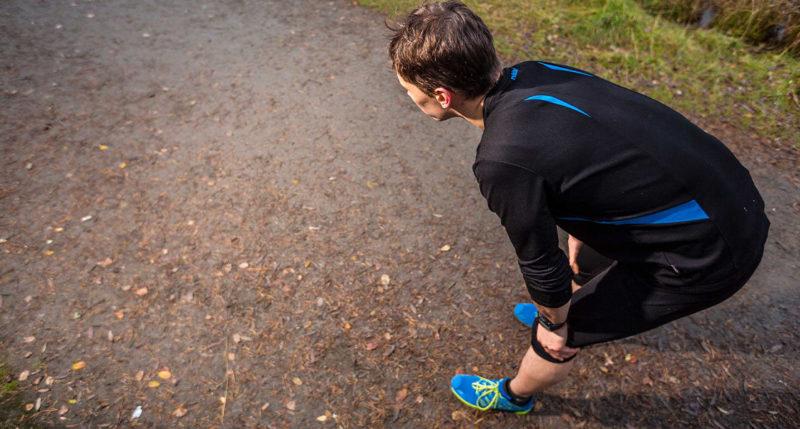 The ability to predict how a particular individual will react to a training protocol in advance is a critical step in getting training prescriptions right. 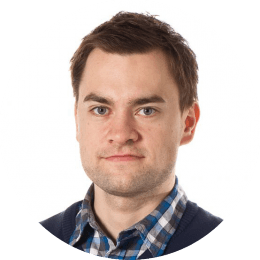 Reach your health and performance potential →