Join Great Britain rower and record breaker Tom George and John Lally of Pivot Sports/Firstbeat as they explore what it takes to be at the top of your sport. From the dedication needed and sacrifices made, to using data to perfect a routine that lets you stay motivated and get faster!

Tom has represented and won medals for Great Britain at Junior, U23 and now Senior level, where he made his debut in 2017. He has gone on to win two World Cup silver medals, European silver, two World Championship bronze medals and World Cup gold as part of the Men’s Eight team. Earlier this year, Tom became only the second person ever to go under 15 minutes in a 5km ergometer test and, during lockdown, he broke the British 2000m record, becoming the first Brit to break the 5min 40 seconds barrier.

The former Princeton University rower will share an athlete’s perspective on individual and team training regimes, as well as his use of monitoring technology when it comes to:

This session is suitable for coaches and athletes in any sport.

John is a graduate of U.C. Berkeley where he completed his Economics honors thesis and competed in track and field and frosh rowing. He founded Pivot Sports Global in 2011 and has worked with elite teams in sports ranging from basketball and rowing to football and ice hockey to help optimize performance.

A man of many talents and interests, John is an analyst, philosopher, debater, health and fitness practitioner, javelin thrower and heart rate trainer.

Tom has represented Great Britain rowing at Junior, U23 and now senior level. A member of the Men’s Eight team, he has won two World Cup silver medals, European silver, two World Championships bronze medals and a World Cup gold since debuting in 2017.

He has previously rowed for Radley College and Princeton University and, earlier this year, became only the second person ever to go under 15 minutes in a 5km ERG test.

The Supercompensation of Life – How to Balance Load and Recovery

Investing Energy and Attention on What Matters Most

Know Your Why: The Debate Between External and Internal Load Monitoring 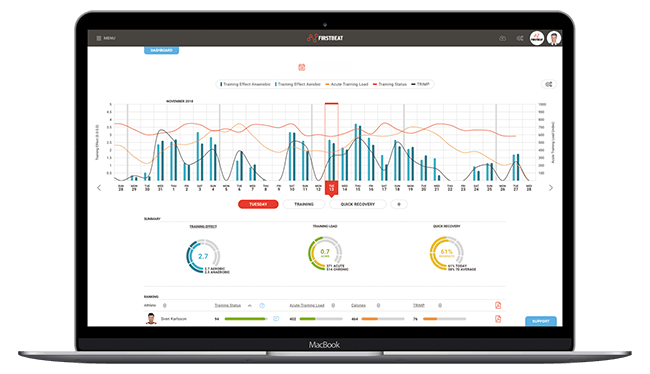 Team Coaching →
We use cookies to ensure that we give you the best experience on our website. If you continue to use this site we will assume that you are happy with it.OkRead more